Can you believe Christmas is in two days?!  That’s just crazy! This year has absolutely flown by.  Today’s story is great for passing the hours on Christmas Eve, looking at those presents under the tree. 😉

At the Christmas Lodge 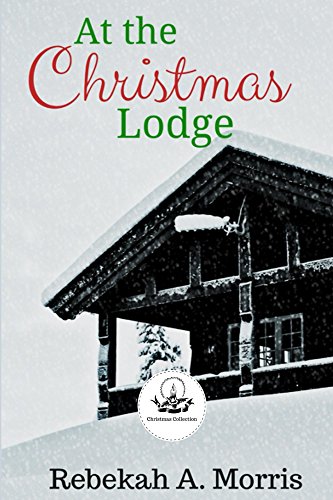 When Desirae Richey agrees to go home with some college friends for Christmas, she expects a small family gathering. Instead she is taken to the Christmas Lodge in the snowy mountains of Canada to a noisy, fun loving, adventurous group of family and friends who welcome her as one of their own. Everything seems to be going as planned until an unexpected snowfall occurs.

I found this story very sweet and cozy! Perfect for an afternoon read, as it’s very short.  The character’s relationships were sweet and I loved the snow sculpture contest!  All that to say, it is a favorite. 🙂 ❤

See you next week,

*NOTE* Post may contain affiliate links; if you buy, I may receive money, with NO additional cost to you whatsoever.  Thank you.

Oops, I forgot to do this last Friday… Sorry about that!

Can you believe it’s only 11 days until Christmas?! It’s crazy!  For today, I am reviewing one of my favorite Christmas books.

What Christmas book is more well known or loved than A Christmas Carol?  Ebenezer Scrooge, despite his grouchy nature and his “Bah! Humbug!” is an endearing character that you come to love by the end of the book.

Strong language – To be honest, I don’t remember, which means it was fine. 😉 1

(I would suggest this book for ages 10 and up because of the Ghost of Christmas Past.  I got super creeped out by him when I was young.)

Guess what?  Anna at Annie Writes has a new book published!

Everyone needs a good book at any time of the year. This short story collection is an enjoyable read with lovely God-centered stories of hope and faith.

Anna P. is a 16-year-old Jesus-follower, who loves to write. Aside from writing, she enjoys photography, playing clarinet, babysitting, and spending time with her family. She desires that her books and other writing will encourage others in their walk with Christ.

Thank you for letting me help in your blog tour, Anna!

Wow, can you believe that tomorrow is the first day of December?!  That feels like it’s almost Christmas already!  In honor of December, I’m doing a Christmas book review. 🙂

What if Santa Claus isn’t one man? What if he is a secret organization?

Jeremy Ogden has 25 days to accomplish his mission and a list of people whose lives can be changed forever if he makes it to them in time. He just has one big problem…And her name is Virginia.

Virginia Kipyard is the last girl Jeremy wants holding his family’s ancient secret, no matter how many times his mother suggests she’s “the right girl.” But if he wants to save the life of the next man on his list, he might just need her help.

The “season of miracles” is about to take on a whole new meaning, even for Father Christmas.

Strong language – I’m not sure how to rate this as I saw another blogger say that this book had a British swear word, but I didn’t run into any.

*SPOILER* About the “magic” rating, there is something that is called a “gift” that is somewhat like magic, but referred to as a “gift” or a “miracle”

I love, love, love the concept of this book!  The Santa Claus idea is so cool, but I wasn’t sure I liked how the author made it happen.  The “Gift” weirded me out a bit, but it wasn’t exactly bad.

Anyhow, I would say this book would be for ages 12 and up, with adult supervision any younger.

The Father Christmas Confessions is on Amazon HERE.

See you next week!